The Quarantales - Chaz Mailey and Unit 23

The Quarantales - Chaz Mailey and Unit 23


This is the first in a few Quarantales interviews giving you an insight on what the BSD crew are up to during these unprecedented times. In our first interview, Chaz Mailey talks about how he's made the most of the downtime by making changes to Unit 23, his family's skatepark. Stay safe y'all, wash ya hands and keep yo distance... 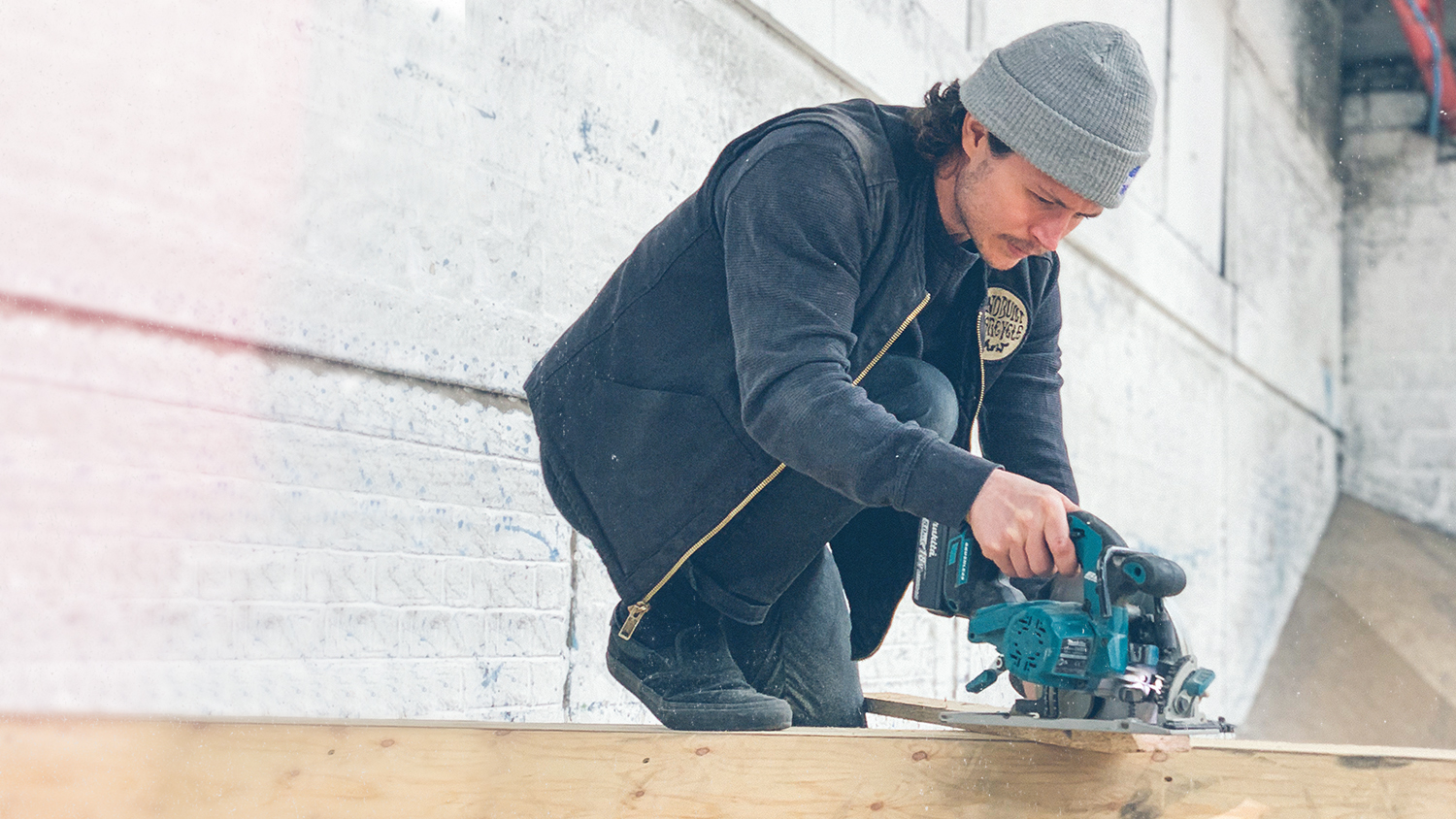 The lockdown has been in effect for two weeks now in the UK, what have you been up to?

I've just been staying in as much as possible but also trying to make the most of Unit being closed and freshening things up a little. There was a bunch of repairs needing done and I thought I’d change a few bits here and there too. I can just lock myself in the hall, blast Black Sabbath and build ramps away from the world outside. I also made the mistake of pulling my kitchen out at home, so that’s a fucking nightmare. 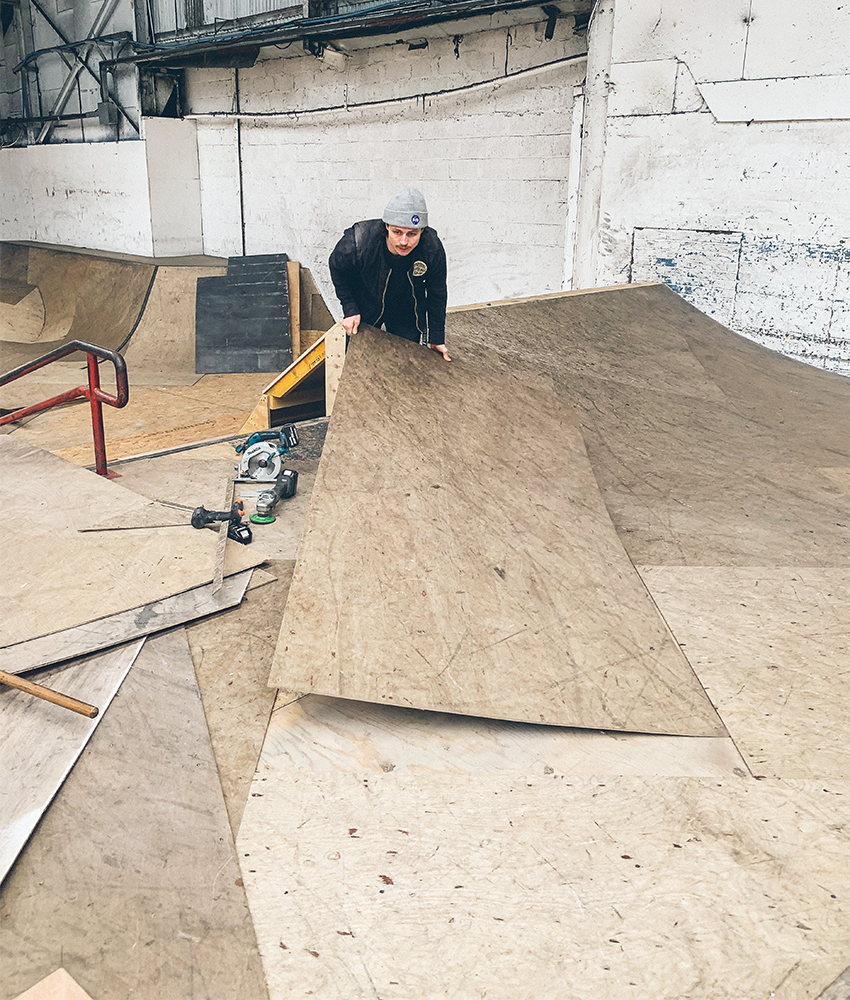 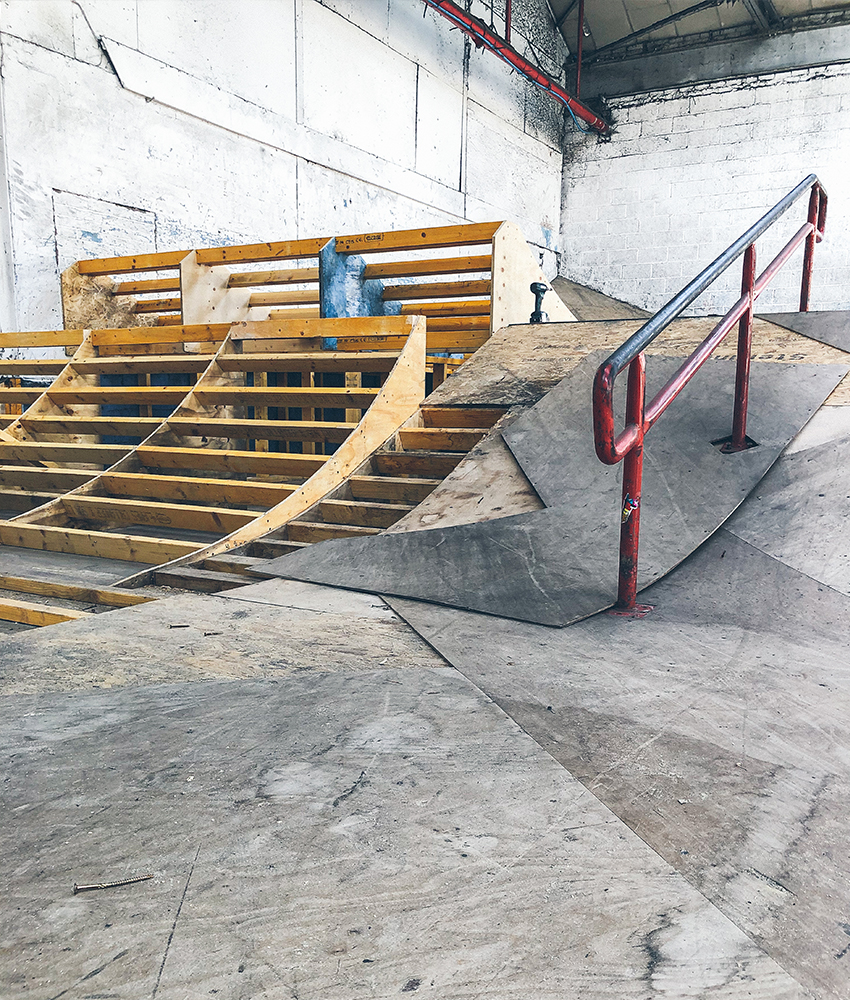 How did you decide on what changes to make in the park?

I constantly have ideas of things I’d like to change or add on to the park. I’ll run these by the boys and see what they think but I usually just build them anyway.

Any other plans to change anything while the park is shut?

I have a little rainbow rail idea and I’m thinking about messing with some concrete and red bricks but I guess it depends on how much time I have with the park closed. It’s so good to be getting all this work done on the place but if we need to stay closed for to long then we might not be able to open again which is pretty scary. 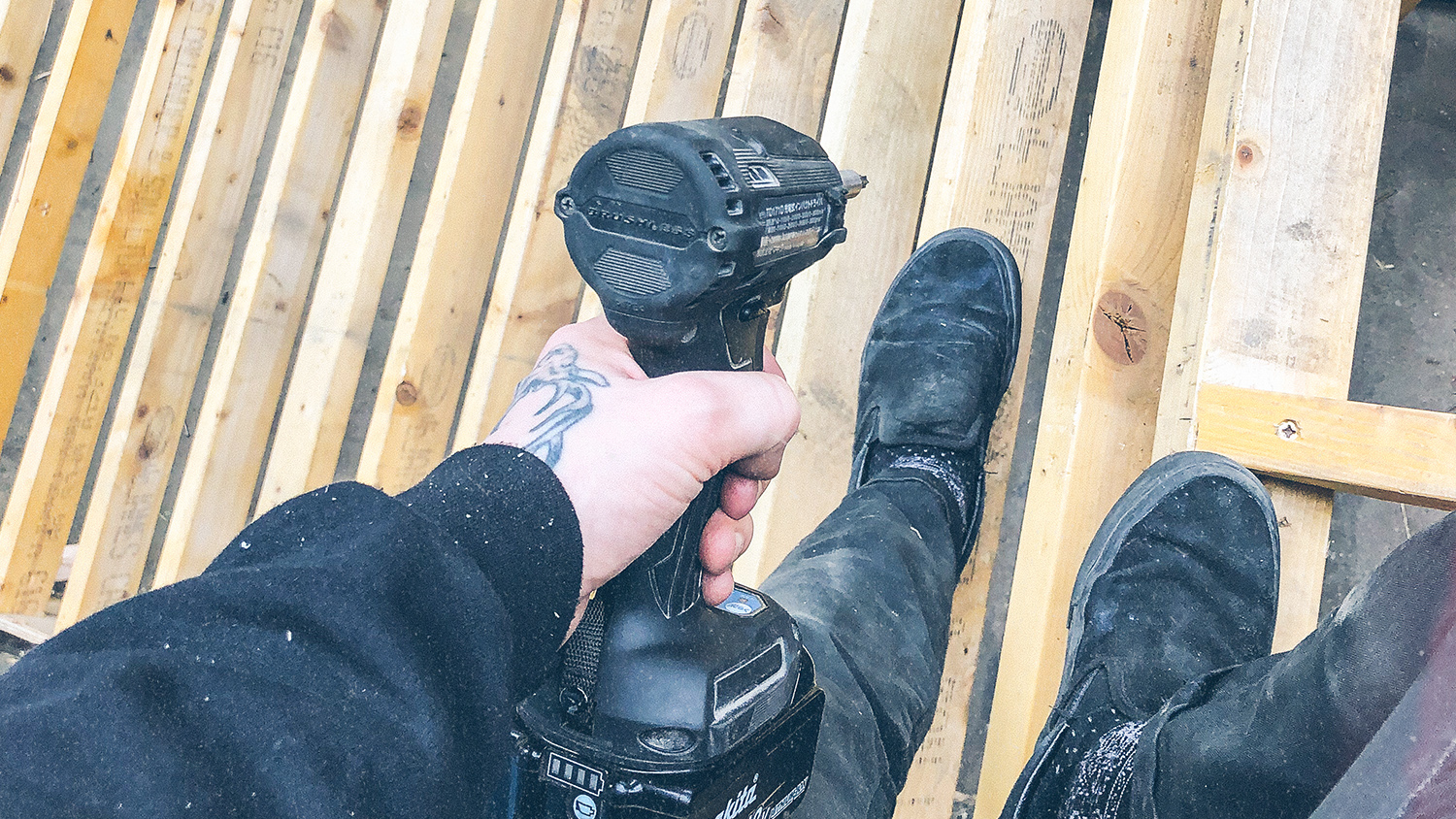 People probably think you're living the dream having your own skatepark to ride whenever you want, what's it really like?

Haha it is. We only really ride when the park is closed so we get it to ourselves. Whenever I go to other parks and there are other people about I’m like “wow, get out”. It’s also pretty fun to be able to change things in the park, if I think something will be fun, I’ll just build it. 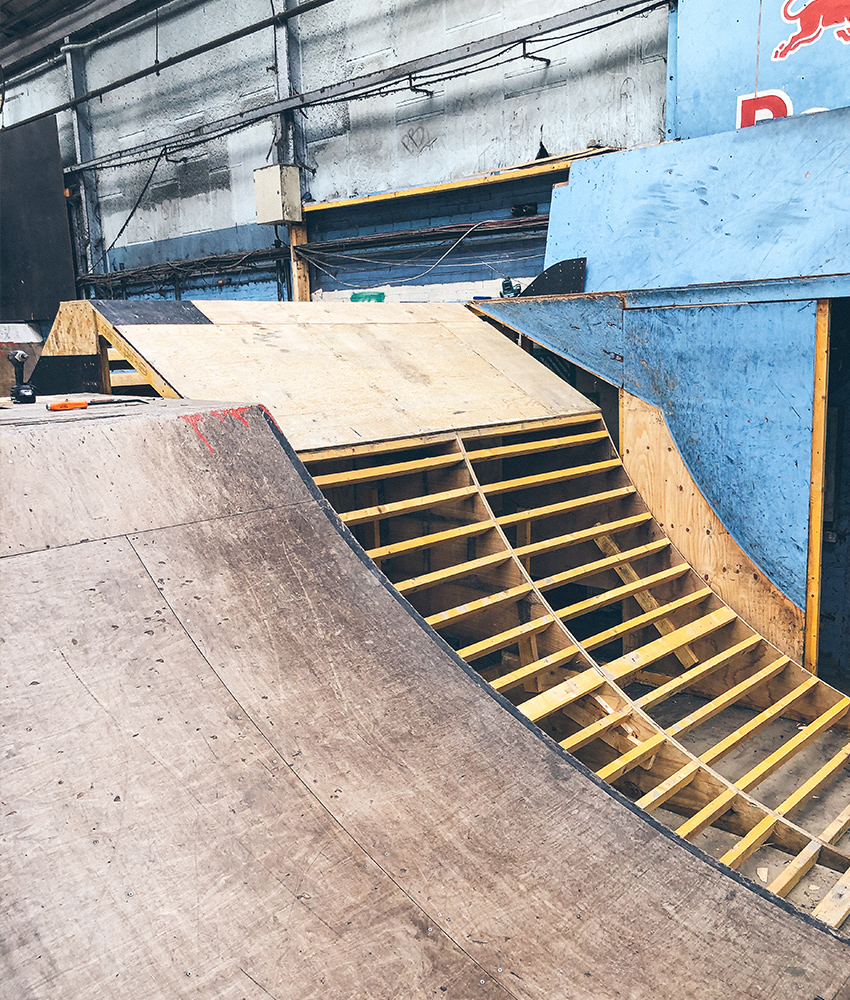 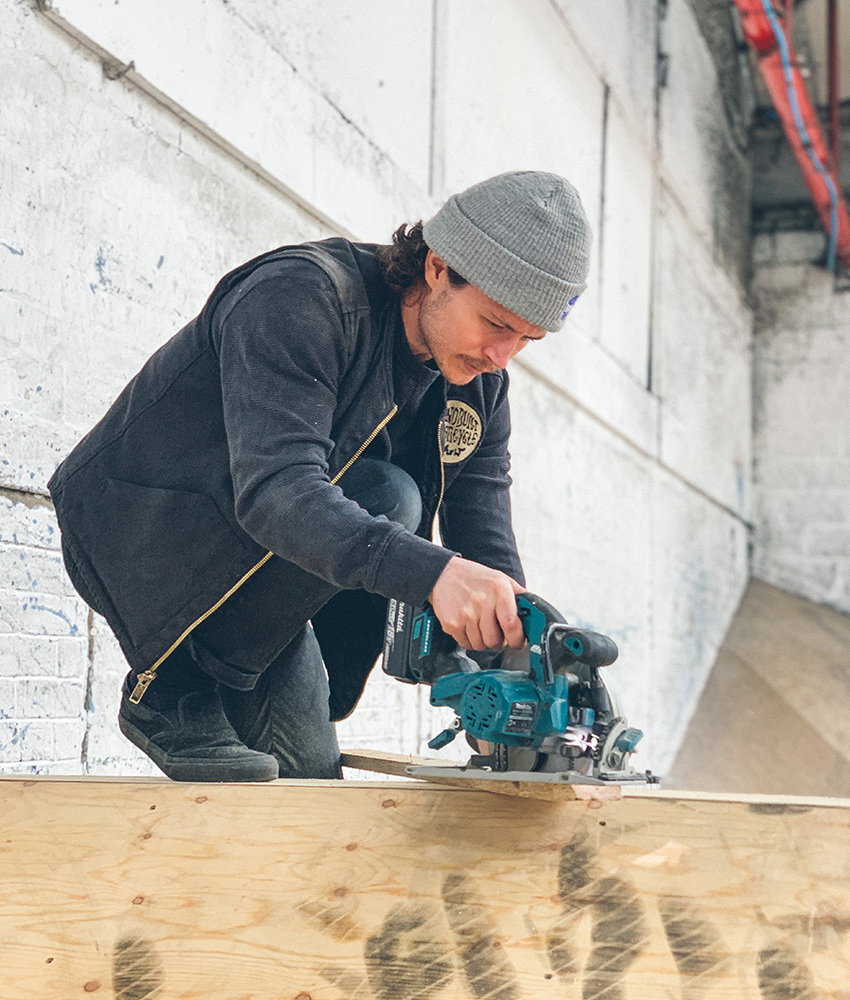 Are you getting to ride much at the moment?

Honestly, not at all. I know I have the park there to ride but if feels kind of wrong to be going riding when everyone is staying at home. I had to hit the new stuff a few times though obviously.

I saw you had pegs on for a while lately and now they're off again. What happened? Did you learn any grind manouveres?

Haha yeah, I put them on to learn a few things but just ended up getting heaps of shinners. 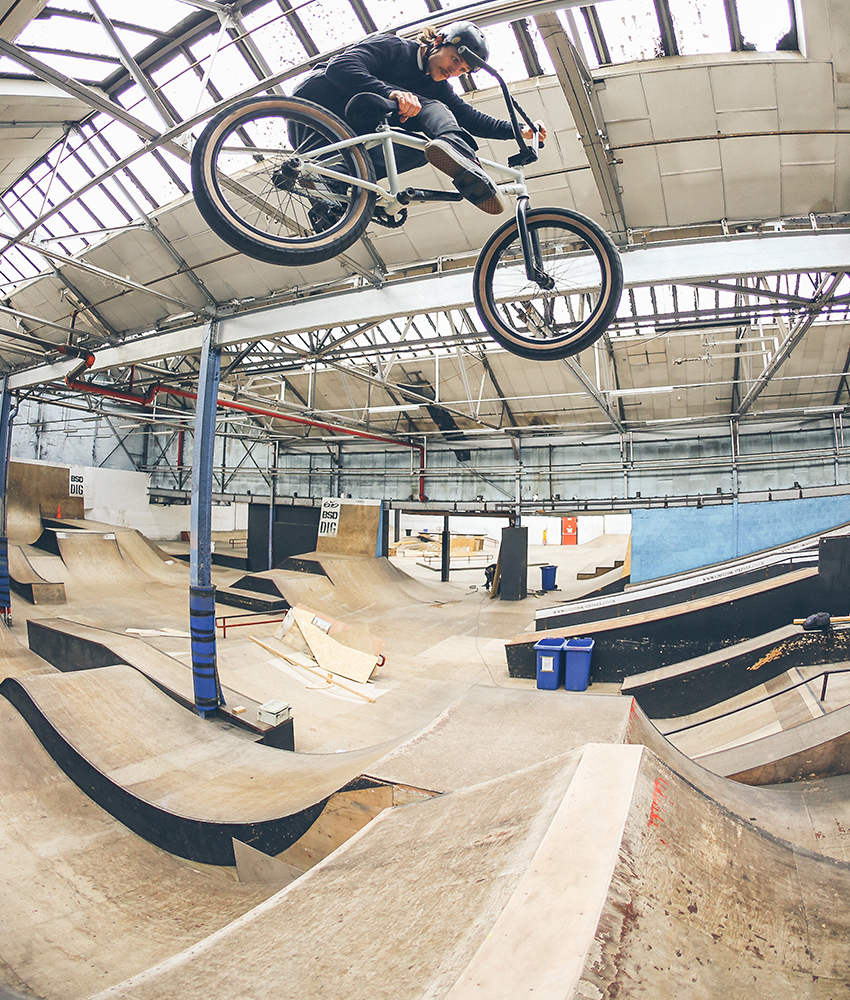 Before the lockdown what was a regular day like for you?

Wake up 6am, brew coffee and walk Ryder. Head to the park for more coffee and some bikes with the boys. Take care of park related business with some more coffee then head to the gym. Home to the misses, take the dude on a big walk then Netflix and chill.

What bike are you riding right now? What are your favourite bits about it?

Been running the Safari frame for a few years now and it’s so rad. It feels big but super manoeuvrable. It’s so at home doing manuals and lip tricks but nice and cosy 8ft above the coping too. 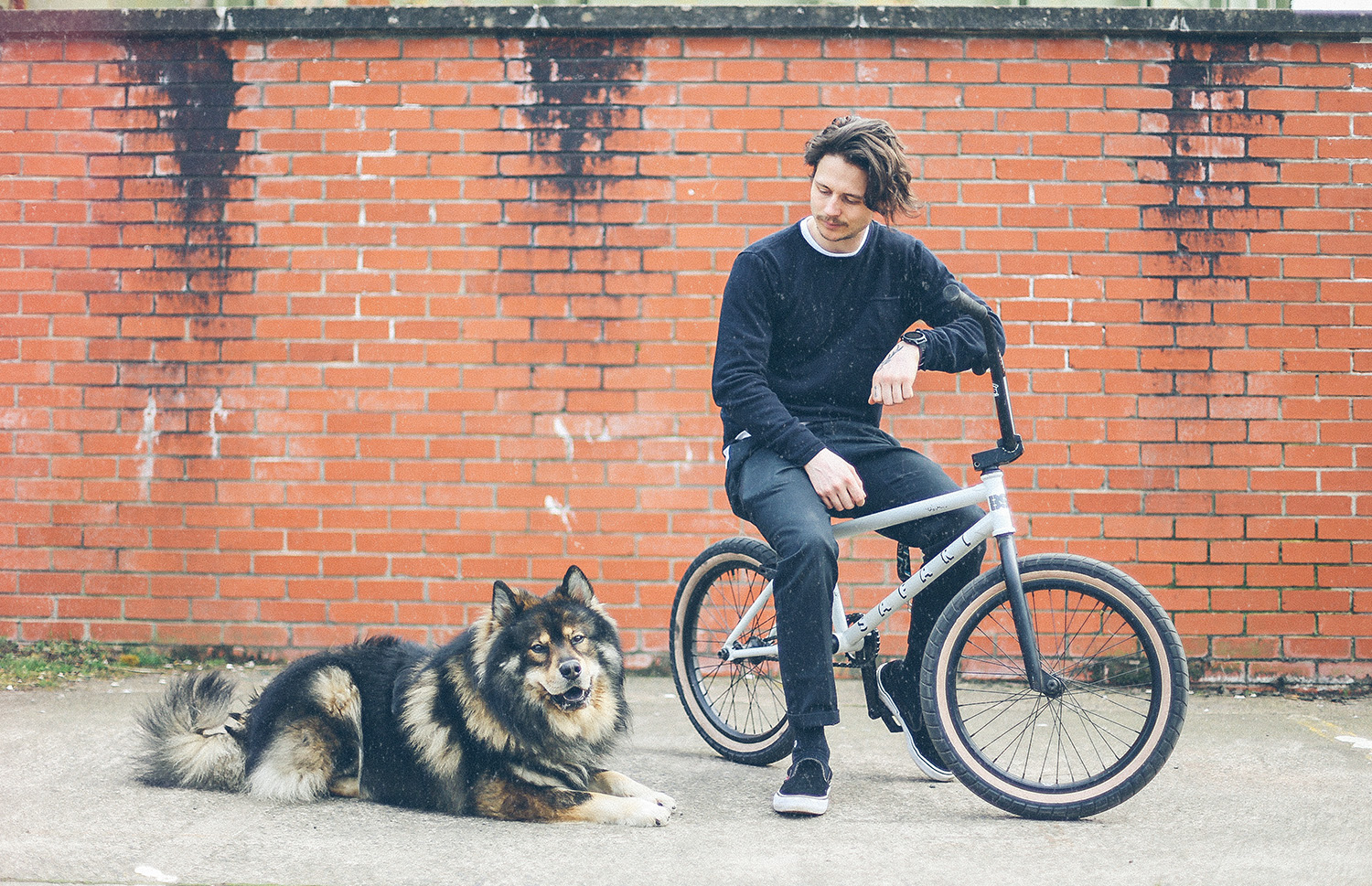 The new 'Tweakin' and Squeakin'' video you just put out is sick, what's the story behind that and when was it filmed?

Thank you! The footage is actually a few years old now. Kriss and Dave were heading to Hastings to film Kriss’s lock in part and I tagged along. I brought my camera and filmed some stuff but ended up bruising my heel super bad so filming got cut a little short. Thanks to Source for always being so accommodating and letting us get that place to ourselves. 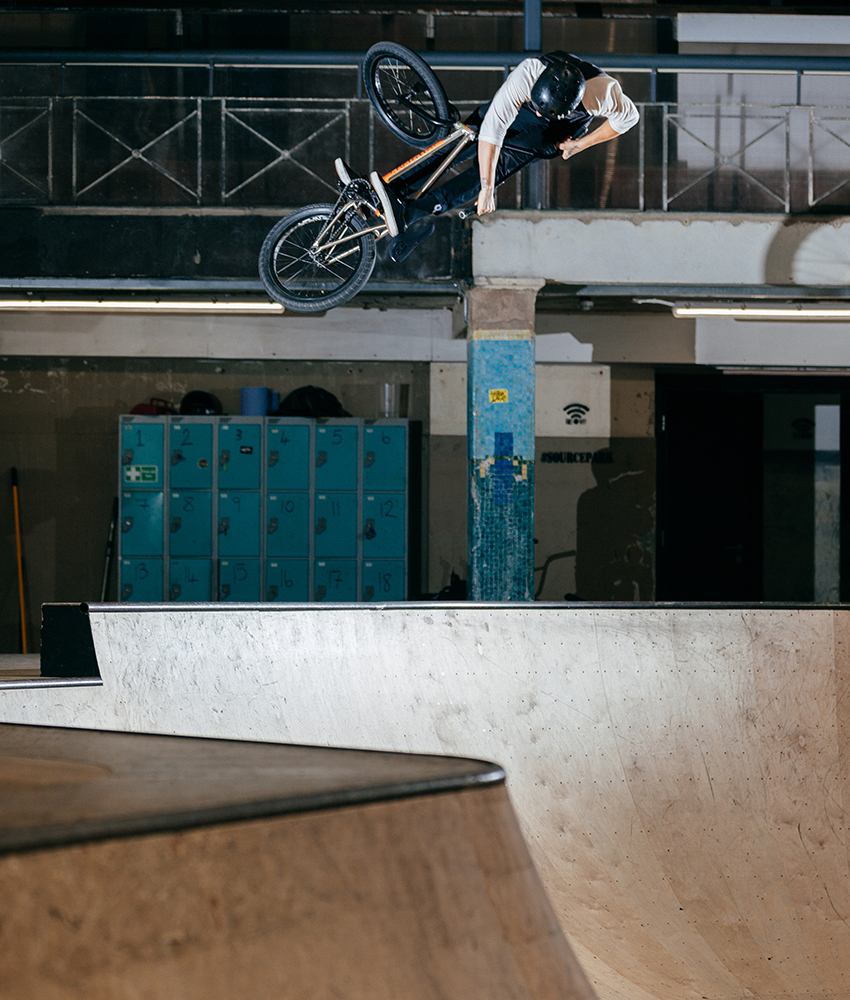 Tweakin' it out at the Source Park - Photo: Dave Sowerby

Huge thank you to anyone that reads this and hopefully we can all get back to riding bikes and drinking cans like normal in the not too distant future... 'Straight out of lockdown the etnies X Doomed crew invaded London for a ten day trip to enjoy their freedom... Nothing but good times in this one! Filmed at last years GullyGhetto Jam in Long Beach, California featuring our guy... After ripping it up at Simple Session in Estonia, Reed Stark jumped straight on a plane to Barcelona, Spain...